If you’re not already a credit union member, you may be wondering what the difference is?

If you’re not already a credit union member, you may be wondering what the difference is between your local credit union and your local bank - you may be surprised to find out that there are indeed some very substantial differences - including the way they operate and who they work for. 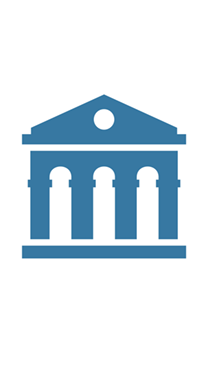 Banks are the most popular financial institutions. Most are run by a group of investors who have a large amount of capital, which goes into the funding for the bank. Some are nationwide – such as Chase Bank or Wells Fargo – while others are smaller, local institutions. Either way, a bank’s primary purpose is to make money for the investors and for the stock holders.

Banks are federally insured by the Federal Deposit Insurance Corporation. A paid Board of Directors makes all of the decisions for the bank, which are usually profit-driven and hold little benefit for the customers of the bank. Anyone, in any city or state, can open an account with a bank, and customers hold no voting privileges or decision-making power within the institution.

Credit unions, on the other hand, are designed to serve a particular group or neighborhood. People who use credit unions for their financial services are members of the credit union, rather than customers. Since credit unions are not-for-profit organizations, the profits incurred by the credit union directly benefit the members after covering overhead costs.

Credit unions are insured by the National Credit Union Administration, and are democratically controlled by the members. This means that members have more say in how the credit union is run, and hold decision-making power. Members elect a Board of Directors – rather than hiring one – who are chosen to fully represent the members in making decisions and upholding policies.

Many people choose credit unions over banks because credit unions allow for lower interest rates and low-cost services. They like the fact that they are treated as a benefit to the institution, rather than “just another account number”. The more members who deposit money into a credit union, the higher the benefits to the existing members. Credit unions are also tax-exempt.

In the past, credit unions have offered a limited range of resources, which included only low-interest loans and savings accounts. They have recently begun to expand their services to include checking accounts, IRA’s and credit cards. Some have also begun to diversify in the types of loans that they offer. Many credit unions worldwide offer student loans, small business loans and mortgages. Banks, however, do offer a wider range of services, and are often more accessible to customers. For example, if you have an account with a branch of Wells Fargo in {{location}}, you can access that same account at branches and ATM’s in New York. This makes travel easier for many people.

Many companies – from small businesses to large corporations – have “adopted” credit unions as their source for maintaining IRA’s and pensions for employees. This is universally beneficial because it makes the company’s job much simpler, rather than having to deal with multiple institutions, and the employees are not only members of the credit union, but also owners, as all members of credit unions own a small share of the institution.

If you have a bank account a traditional bank and an IRA account with a credit union, you might be enjoying the best of both worlds. You can obtain the benefits of the credit union while still retaining access to the diversity of your bank.

A current trend among banks, which is sending more people to credit unions, lies in the charging of monthly fees. For example, if you have a checking account with Bank of America, you will be charged a monthly maintenance fee unless you have direct deposit from your employer or maintain a specified balance.

With a credit union, this isn’t an issue. Since credit unions aren’t in the business of making money as not-for-profit organizations, they don’t charge the high fees and finance charges of traditional banks. To find information about credit unions in your area, go to your local phone directory. Locate credit unions that are close to your home, and visit to learn more. Financial decisions should be based upon informed research of all options, and you might find that a credit union could be saving you money.

Likewise, if you know that you will be needing a monetary loan in the next several months, you might want to look into opening an account with a credit union. It will be easier to secure a loan if you are already a member, and the interest payments will be significantly lower than with a traditional banking center.

Top 5 Tips To Help You Take Control Of Your Credit

We’re here to help!  We want you to have our Top 5 Tips To Help You Take Control Of Your Credit and Build a Credit Score You Can Be Proud Of for free. If you need to repair your credit, restore your credit, or improve your credit score – at least grab these 5 free tips! No matter what your situation is, or what the circumstances are – we are here to help!  To prove it, we want to give you our best tips on how to start rebuilding your credit and improving your score right now.  Go here to grab our TOP 5 tips and download the PDF.  It’s your’s to keep! Once you get started with our proven approach to credit restoration education, you can start seeing exciting results in as little as 60 to 90 days.  Even better, if you’re not satisfied with the results of our services, we offer a satisfaction guarantee! What have you got to lose except your bad credit?

Our Mission: Improve Your Life!

We are constantly looking for ways to maximize and improve the value of the services we provide. With this in mind, our credit repair and credit restoration service provides you the industry’s most comprehensive program.  Our extensive library of credit education and budgeting information will help you to maximize and improve your credit score, while our team will provide you with unmatched personalized service and insight.  Talk to real people who are here, ready to listen and ready to answer your questions.

Once you get started with our proven approach to credit restoration education, you can start seeing exciting results in as little as 60 to 90 days.  Even better, if you’re not satisfied with the results of our services, we offer a satisfaction guarantee! What have you got to lose except your bad credit?